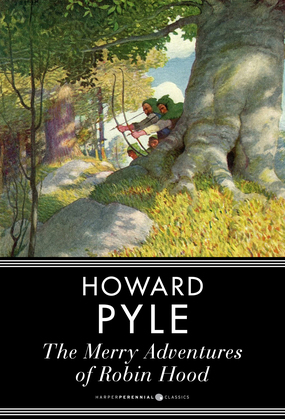 Robin Hood and his band of Merry Men find themselves labeled as outlaws when their adventures land them on the wrong side of the law. Joining with his friends Friar Tuck, Little John, and the other members of his band, Robin Hood evades the Sheriff of Nottingham while stealing from the rich to give to the poor!While stories and ballads about the character of Robin Hood existed prior to the publication of The Merry Adventures of Robin Hood, tales of the famous outlaw had never before been gathered into a cohesive narrative. Our understanding of Robin Hood as a hero instead of a crook largely stems from author Howard Pyle’s depiction of him in this book. HarperPerennial Classics brings great works of literature to life in digital format, upholding the highest standards in ebook production and celebrating reading in all its forms. Look for more titles in the HarperPerennial Classics collection to build your digital library.