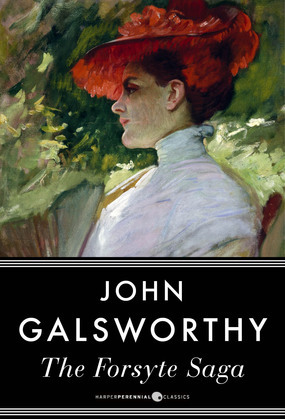 John Galsworthy’s The Forsyte Saga chronicles the lives of the wealthy, and expansive, Forsyte family. Only a few generations removed from their humble beginnings, the Forstye family’s fortunes have been enriched by their commercial investments. But even as their fortunes grow, the family is divided by long-held grudges and disagreements.The Forsyte Saga is comprised of three novels, The Man of Property, In Chancery, and To Let, as well as two interludes, Indian Summer of a Forsyte, and Awakening. Through the Forsyte’s family’s affairs, Galsworthy examines the impact of industrialization, the changing roles of women, and the age-old conflict between material and spiritual wealth. The Forsyte Saga has been adapted for radio, film, and television, and was awarded the Nobel Prize for Literature in 1932.HarperPerennial Classics brings great works of literature to life in digital format, upholding the highest standards in ebook production and celebrating reading in all its forms. Look for more titles in the HarperPerennial Classics collection to build your digital library.